Consider the AF3 molecules on the first figure. (Figure 1) Which of these will have a nonzero dipole moment? 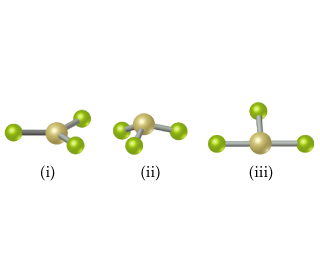 Which of the AF4 molecules on the second figure will have a zero dipole moment? (Figure 2) 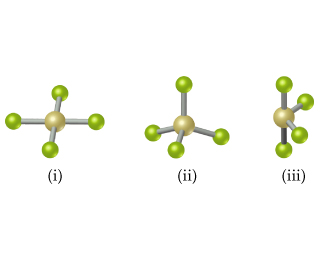 The Best answer for Help with Chem Dipoles?

Only ii and iii have nonzero dipole moments.

This is because they are asymmetric

Only iii has a zero dipole moment.

This is because it is symmetrical

Think of each F atom as a vector. If the vectors cancel and add to zero, the dipole moment is zero.

In the second figure, I think Scrotie meant only ii has a zero dipole moment because it is symmetrical.  The iii figure has a lone pair on the left side which makes it asymmetric.

No comments to show.

We are a team of people who absolutely love solving problems and making things that help you solve your problems. See Your Answer is a website that is dedicated to making the world a better place. We were created in order to help people get their questions answered quickly and easily.